Best Evidence in Brief: “Students with growth mindsets believe their abilities are malleable through hard work, which in turn, will positively influence their school performance. A recent study by Ganimian evaluated the effects of a “growth-mindset” intervention at scale with Grade 12 students from 202 public secondary schools in Salta, Argentina. The intervention invited participants to read a passage showing evidence that one’s intelligence can be developed through practicing challenging tasks, followed by a brief exercise to help them internalize the idea.

In this study, the participating schools were randomly assigned to a treatment group (n=102) and a control group (n=100). The treatment group received a single-session growth-mindset intervention during a non-academic period. Then, the survey and scores of the national assessment taken two months after the intervention were used as indicators of the Grade 12 students’ beliefs and school achievements.

The study finds no significant evidence that the growth-mindset intervention can affect students’ perception of difficulty of challenging tasks, self-efficacy, students’ efforts, school climate, school performance, achievement, or post-secondary plans. Moreover, the study shows some evidence that the intervention may have negative impacts on the beliefs of female students, students from low SES families, and students who repeated a grade.

Several points are indicated in this study for future research. First, it is suggested that improvements may only be achieved if students change their beliefs about intelligence after the intervention. Second, the findings in this study differ from the results of efficacy trials in previous research, thus underscoring the importance of evaluating educational interventions at scale while understanding their effectiveness. Third, the context may moderate the effects of the intervention due to the variations in the capacity of implementing the intervention, the margin for potential improvements, the baseline beliefs about intelligence, and supports from schools and teachers.” 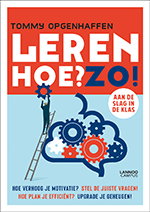 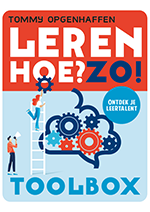